Food in Gaza is currently still available but the closure of crossings into the strip may soon cause a dearth of commodities, including food, amid military escalation, said the United Nations’ World Food Programme on Monday (May 17).

Fresh violence broke out at the end of Ramadan on May 9 when Israeli forces, armed with a court order, started throwing out Palestinian families from the Sheikh Jarrah and Silwan neighbourhoods. The violence on the ground escalated to become airstrikes.

More than 220 people have died in Gaza and the West Bank, and ten in Israel, according to the U.N. on Tuesday.

More than two-thirds of Gaza’s population of two million were already suffering from food insecurity before the current escalation of violence, said the WFP.

Prices of fresh produce are now going up because farmers cannot reach their land, said the U.N. agency.

“People in Gaza have already been living on the edge and many families struggle to put food on the table. Their situation has deteriorated even further over the past year due to COVID-19 pandemic restrictions,” said WFP Regional Director for the Middle East and North Africa Corinne Fleischer.

The WFP is providing cash support in the form of e-vouchers to those who need assistance for the first time as well as to those who were already receiving its help.

“The majority of the population cannot withstand further shocks and the current situation could unleash a crisis that could spill into the entire region," said WFP.

53% of Gaza’s population live in poverty and the unemployment rate is at 45%.

WFP said it needs an additional $31.8 million to be able to continue providing regular food assistance to more than 435,000 vulnerable people in Gaza and the West Bank for the next six months.

$14 million more is required for WFP to be able to provide emergency assistance over the coming three months for 160,000 affected people in Gaza and 60,000 in the West Bank. 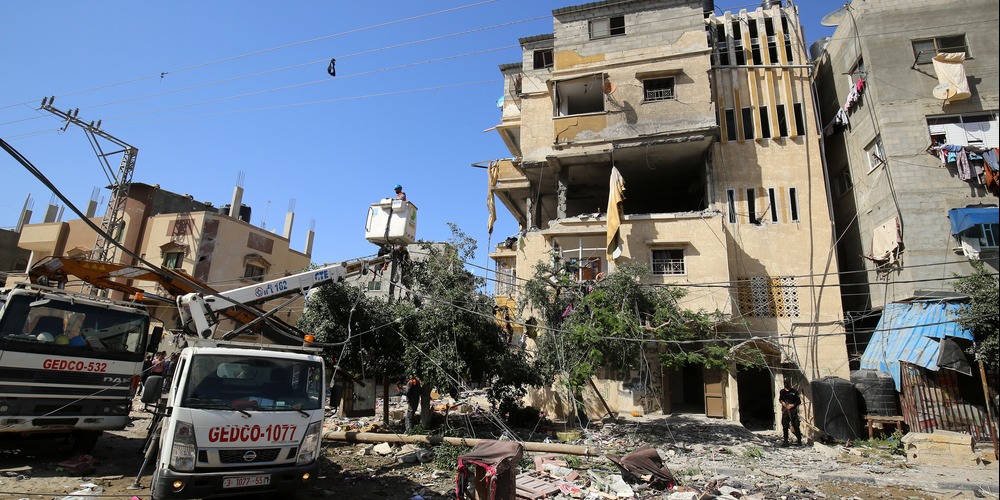 Food availability in Gaza threatened by border crossing closures – U.N.
Food in Gaza is currently still available but the closure of crossings into the strip may soon cause a dearth of commodities, including food, amid military escalation, said the United Nations&rsquo..
https://community.salaamgateway.com/story/food-availability-in-gaza-threatened-by-border-crossing-closures-un