TUNIS – Tunisia hosted the 5th General Assembly of the Islamic Organization for Food Security (IOFS) held online on October 10-11, 2022, in Tunis, Republic of Tunisia, on the theme “Partnership for Sustainable Food Security: Africa within OIC Geography 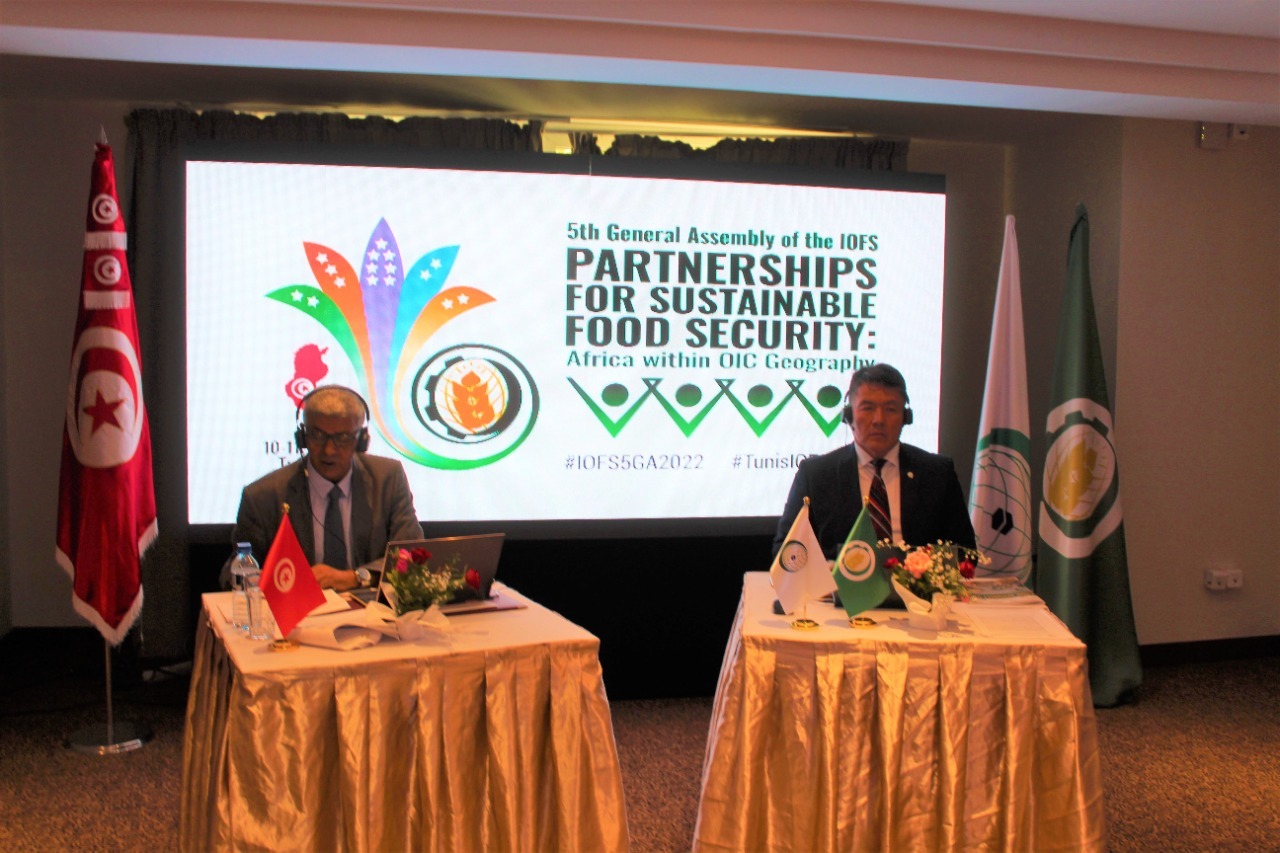 The first day of the two-day event commenced with an overview of all IOFS activities accomplished during the full year from September 2021 to September 2022, since the kick-off of the last General Assembly. The IOFS Director General, H.E. Mr. Yerlan A. Baidaulet, presented a report on the overall outcomes of Kazakhstan’s chairmanship of the IOFS and the current state of activities of the IOFS Secretariat as they continue to attract new Member States to the IOFS and ensure the efforts of all OIC countries are mobilized. 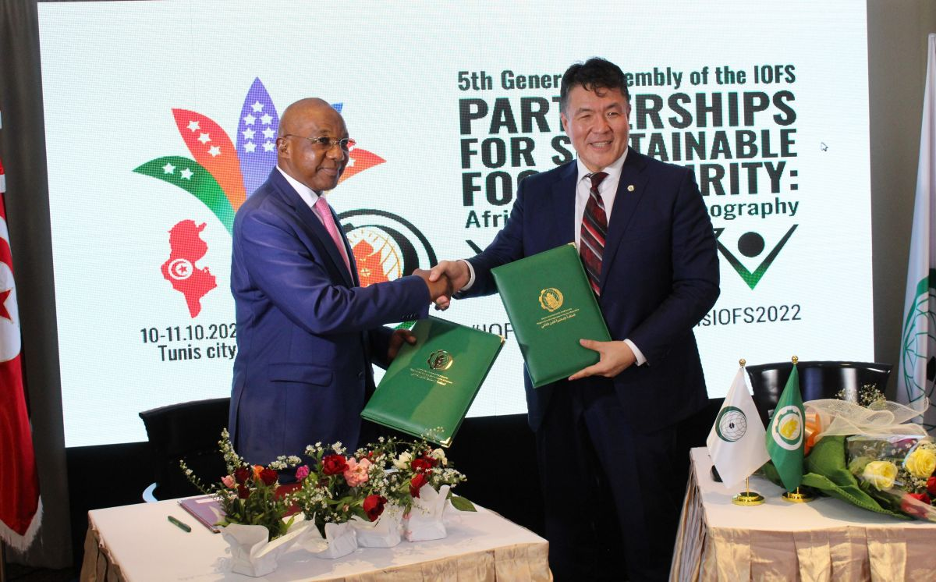 On the second day of the event, Minister of Agriculture of the Resolution of the Republic of Kazakhstan, H.E. Mr. Yerbol Karashukeyev opened the event and noted the attendance of 33 out of 37 IOFS Member States and 41 official representatives of OIC Member States and Observers. His last act as Chairman of the 4th General Assembly consisted of transferring his chairmanship position to the newly appointed Chairman of the 5th General Assembly, the Republic of Tunisia, Minister of Agriculture, Water Resources and Fisheries, H.E. Mr. Mahmoud Elies Hamza, represented by the Director General of Studies and Agricultural Development, Republic of Tunisia, H.E. Mr. Abdelhalim Guesmi.

During the Ministerial Session, the IOFS Director General presented overall outcomes of Kazakhstan’s chairmanship in terms of their achievements in implementing the IOFS’ 16 strategic programs, developed since the launch of the 10-Year Strategy Vision 2031. The Strategic Vision was developed to address various global food security challenges faced by the OIC Member States in areas of governance enablement, food crisis response, capacity building, industry development, and resource mobilization. Within the 16 programs, the IOFS has carried out different kinds of events, workshops, and sessions.

The IOFS Director General also signed a series of bilateral MOUs focusing on exploring spheres of mutual interests and strengthening cooperation with different partners, including the Arab Centre for the Studies of Arid Zones and Drylands (ACSAD), the National Institute of Agricultural Research of Tunisia (INRAT), Chamber of Commerce and Industry of Guinea, and Tunisian Union of Industry, Trade and Handicrafts (UTICA).

As a result of the Ministerial Session, all Resolutions of the IOFS 5th General Assembly were adopted:

Outside of the General Assembly, the IOFS Director General also actively participated in the 14th edition of the International Agricultural Investment and Technology Fair (SIAT) held in the Kram Exhibition Center of Tunis. The Fair, named “Intelligent investment for sustainable development”, was organized by the Agricultural Investment Promotion Agency (APIA) for their commitment to the development of smart agriculture. The fair event itself brought together 15 participant countries, including leading experts and representatives of international organizations from Egypt, France, the United States of America, India, Indonesia, Russia and Congo.

The IOFS Director General also took the opportunity to welcome the participants of the SIAT Forum 2022 during the keynote address at the official opening ceremony and provided a brief overview of IOFS activities aimed at increasing domestic food productivity, through utilization of appropriate technology and scaling up of funding mechanisms and investments.

Among the IOFS activities this year, two global programs launched in 2022 were presented at the General Assembly, the IOFS Year of Africa Initiative and the Afghanistan Food Security Program.

The Afghanistan Food Security Programme (AFSP) was developed in Islamabad, Pakistan to address the humanitarian food crisis in Afghanistan as 55% of the population are currently facing an increased level of acute food insecurity, due to drivers such as prolonged drought, conflict and economic collapse, and require urgent action. The Programme ensures the IOFS and all OIC Member States contribute their efforts to provide Afghanistan the help it needs. 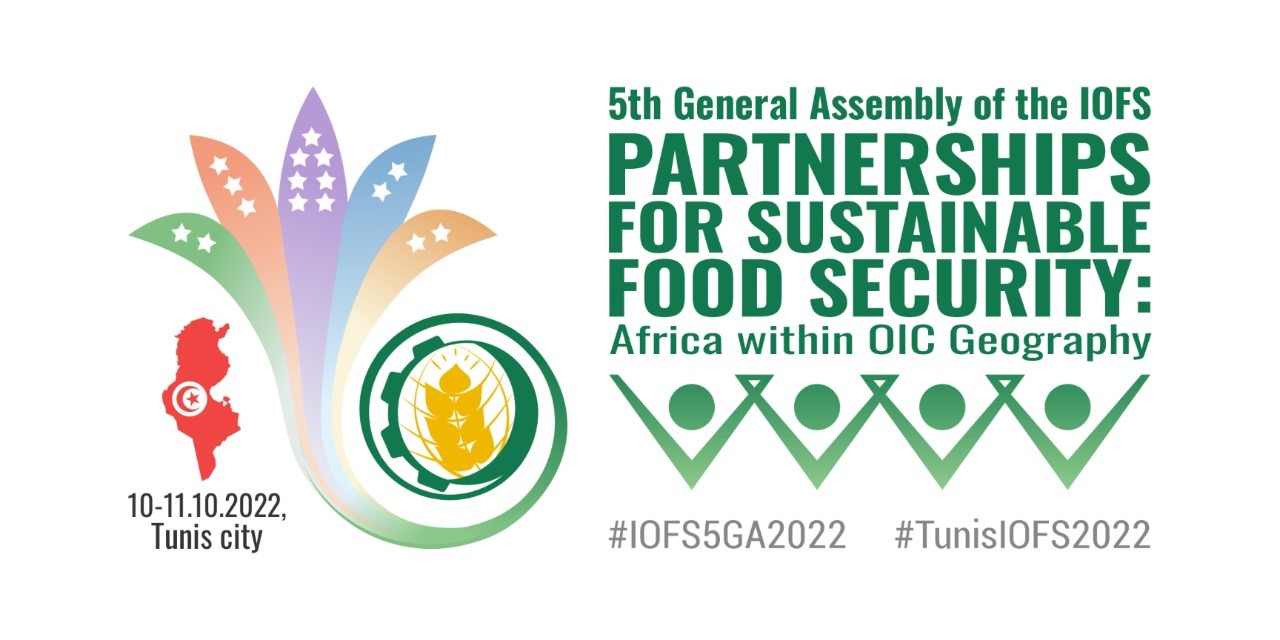 Furthermore, the IOFS also organized a hybrid briefing on October 12, 2022, to highlight Kazakhstan’s incredible contribution to eliminating global food shortages. The briefing provided an opportunity to motivate various representatives of the foreign mass media to raise awareness of all IOFS food security-related activities planned within the OIC geography and within the IOF Strategic Vision 2031, which aims to strengthen intra-OIC cooperation in food security and agriculture.